Polychaetes are one of the classes of annelid, they are also known as the bristle worms and are generally marine invertebrates. Their bodies has a various amount of paraodia covering it that’s used for locomotion, sensation, or respiration. These paraodia have many bristles on them called chaetae which are made of chitin. There are more than 10,000 species in this class but the common identification of them are lugworm, sandworm or clam worm. This class of species varies in temperature and can live in the coldest ocean (abyssal plain) to extremely high temperatures (hydrothermal vents). Only 168 species which is less than 2% of all polychaetes are known to live in fresh waters.They can also display a range of different body forms. Their head is well-developed compared to other annelids. Their head has a pair of pits lined with cilia, a pair of antennae and tentacle-like palps. They have two to four pair of eyes on their head even though some species are blind and have a simple body structure. They also have chemoreceptors on their head that help them find food. Their digestive tract is a simple tube with a stomach along the way. They have a rather simple but well-developed circulatory system. Their nervous system consists of a single or double ventral nerve cord running the length of their body. It is composed of ganglia and a series of small nerves in each segment. Their brain is relatively large, compared to other annelids. They have an endocrine gland that is involved in reproduction activity and most of them have separate sexes, rather than being hermaphroditic. 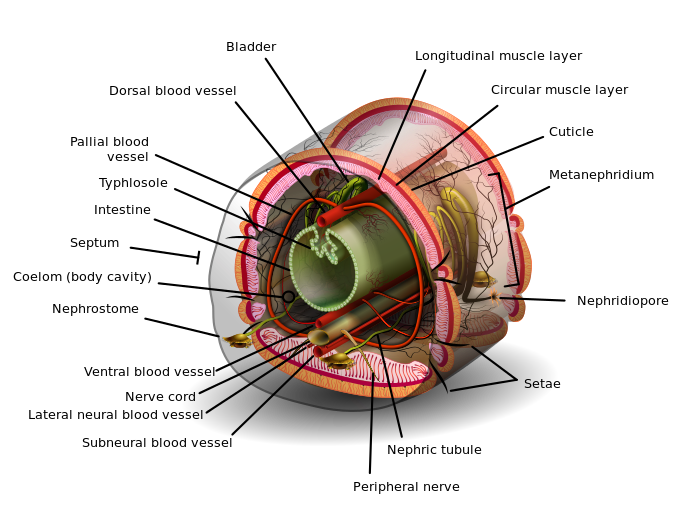